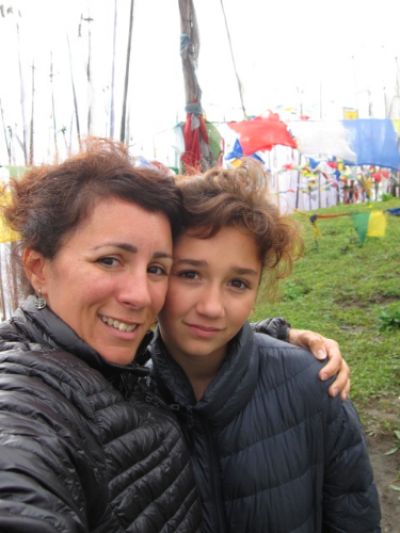 Beginning October 2013, shortly before my 12th Birthday, I found large lumps in my neck under the same ear I had a very bad ear infection a few weeks prior. We all thought it had something to do with the ear infection so we went back to my ENT specialist who had treated me to check it out. He sent me for an Ultrasound and drew some blood for tests. The blood work came back clean but the ultrasound showed a number of swollen lymph nodes in my neck. I went back to the hospital every week for monitoring and further blood tests as they couldn’t figure out why these lymph nodes were so big and numerous. I started feeling run down and tired during the month of November and we had to postpone my 12th Birthday.They first tried a fine needle biopsy and poked me 6 times with a large needles in my neck to take cell samples. The results were inconclusive. On the 2nd of December, they operated and took 5-7 full lymph nodes for biopsy. The results came back negative, which was great news, because at this point, the doctors thought I had Lymphoma or Leukemia or tuberculosis. In February, the ENT specialist called back my mum to tell her that the pathologist had found what was wrong. They told us I had Castleman disease and they had to determine if it was the Unicentric or Multicentric kind. I had a full body CT scan to determine if I had enlarged lymph nodes in the rest of my body, but it appears that they are only my both sides of my neck. Since the lymph nodes haven’t enlarged since the surgery, there is no chemotherapy planned nor surgery. Also it seems that since they enlarged on both sides, most likely my kind is more of a “regional” form than Unicentric or Multicentric. From October 2013 to June 2014, I missed 88 half days of school, and nevertheless succeeded my school year, thanks to some of my friends that helped me catch up. I have been symptom free (or practically if I don’t count the joint and belly pain) for 4 months. My last tests show no change and I feel healthier than I have been in a full year. However, I could relapse at any moment and there is so much still I don’t know about this disease, that I’m ready now to tell my story, if it can help raise funds towards a cure and knowledge for myself but also for the other Castleman patients out there. I’m asking all of you out there to take the time to read this and help in your own way.